When it all comes together 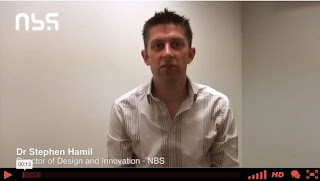 It’s fantastic to see a solution coming together, especially when it’s a shared vision.  The NBS (UK National Building Specification) has recently released a BIM workflow integration tools for the United Kingdom market.  The NBS primarily produce Building Specification authoring systems. It is wholly owned by the RIBA (Royal Institute of British Architects).

A 24-minute demonstration video has also been produced to demonstrate the capability of the tool.  I strongly recommend allocating the time aside to watch it.

Over the past two years the NBS has begun to generate a building component library in software vendor specific format (Autodesk Revit, ArchiCAD, Vector works, Tekla and Bentley) and in an open source IFC (Industry Foundation Classes - http://www.buildingsmart.org/standards/ifc) format (the NBS National BIM Library http://www.nationalbimlibrary.com/).  This is a free service.  The library has both manufacturer specific and generic components.  All UK BIM Level 2 data (including COBie 2.4 UK Template) are within in the Library components.

The tool is a plug-in for Autodesk Revit, which allows the content to be taken directly down from the web and placed in a project (drag and drop), but also provides British and Irish Standards information on the items and generates a NBS specification which links to the model (only available with a NBS subscription).  Cross-checking, linking non-NBS Content, managing amendments and exporting to a structured IFC file are key aspects of the solution. In the demonstration “Solibri Model Checker” is used to check the IFC model, including schedule generation and COBie workbook output.

This is the first time I’ve seen such a development innovation on a national level.  It not only helps the goal of BIM to FM (facility management) but also streamline the documentation. Initiatives like this only occur with a government led policies.  The UK government has created a clear roadmap, so all public sector projects over 50K will need to be carbon neutral, and have better-costing transparency and efficiencies from 2016.
The tool clearly shows how Classifications and Open formats (IFC & COBie) are a key to success. This type of approach may allow BIM to become an everyday part of the construction industry, potentially right down to the domestic market.

For this level of infrastructure to develop in Australia, a government-led approach is the most effective method to move forward.  The federal government turned down the first Australian buildingSMART; “The National BIMInitiative” due to lack of funding (more detail here).  When initiatives get to a political level, it’s rare to be accepted, the first time around.  I will be surprised, if within the next 3 year period; a federal BIM Mandate is not employed, but solid outcomes (Goals) will be the key to success.